Mobile device use is on the rise: As reported by Tech Crunch, mobility firm Ericsson predicts that there will be over six billion smartphone users worldwide by 2020, overtaking landlines. Why? Because smartphones and tablets are quickly becoming more powerful as companies embrace the idea of bring your own device (BYOD) policies and allow users to access corporate networks with personal technology. But along with increased use comes an explosion of mobile malware — malicious code designed to target smartphones and tablets.

Is your device at risk of being attacked, hijacked or damaged? Absolutely. Researchers from the University of Cambridge found that 87 percent of all Android smartphones are exposed to at least one critical vulnerability, while Zimperium Labs discovered earlier this year that 95 percent of Android devices could be hacked with a simple text message. Apple isn't immune either. In September, 40 apps were pulled from the official app store because they were infected with XcodeGhost, a form of malware designed to turn Apple devices into a large-scale botnet. Despite Apple's vaunted protection, the malware not only sneaked through but was layered on top of legitimate apps, making it difficult to detect. 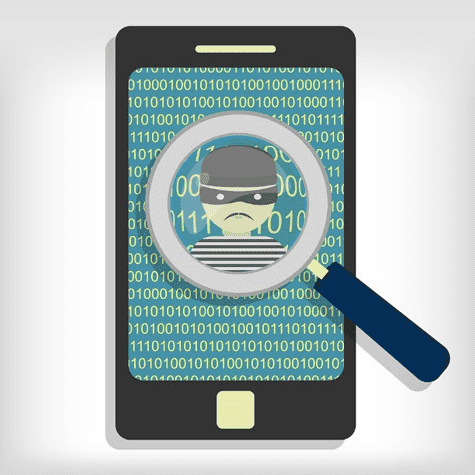 Bottom line? If you have a mobile device you're at risk.

While mobile malware hasn't quite caught up to its PC counterpart in terms of volume or complexity, IT security pros are seeing more mobile-specific malware designed to prey on smartphone features or tablet vulnerabilities. Let's take a look at some of the most popular types now making the rounds:

Steps to Protect Your Device

So how do you keep your mobile device free of malicious code? Try these simple steps:

Other helpful reads and links related to Mobile Malware

Kaspersky
Mobile device use is on the rise because smartphones and tablets are quickly becoming more powerful as companies embrace the idea of bring your own device (BYOD) policies and allow users to access corporate networks with personal technology.

How to get rid of a calendar virus on different devices

How safe are eWallets? How to Protect Your eWallet

Don't be a phishing victim: Is your online event invite safe to open?

I've Been the Victim of Phishing Attacks! What Now?

The 10 biggest online gaming risks and how to avoid them