When I was in middle school a friend of mine got a computer, soon after that he got this cool program called AOL and it instantly made his house the place to be. We could see all kinds of random things and wait for pictures to slowly load while praying that no one called the house. That was in the mid-90s — not the truly distant past.

Since then, technology has come a long way and information that once took making sacrifices to the phone gods can now literally be transmitted to the palm of our hands in less than a second. The phone that fits in my pocket has undoubtedly more power than an army of the computers we huddled around in my friend’s living room. 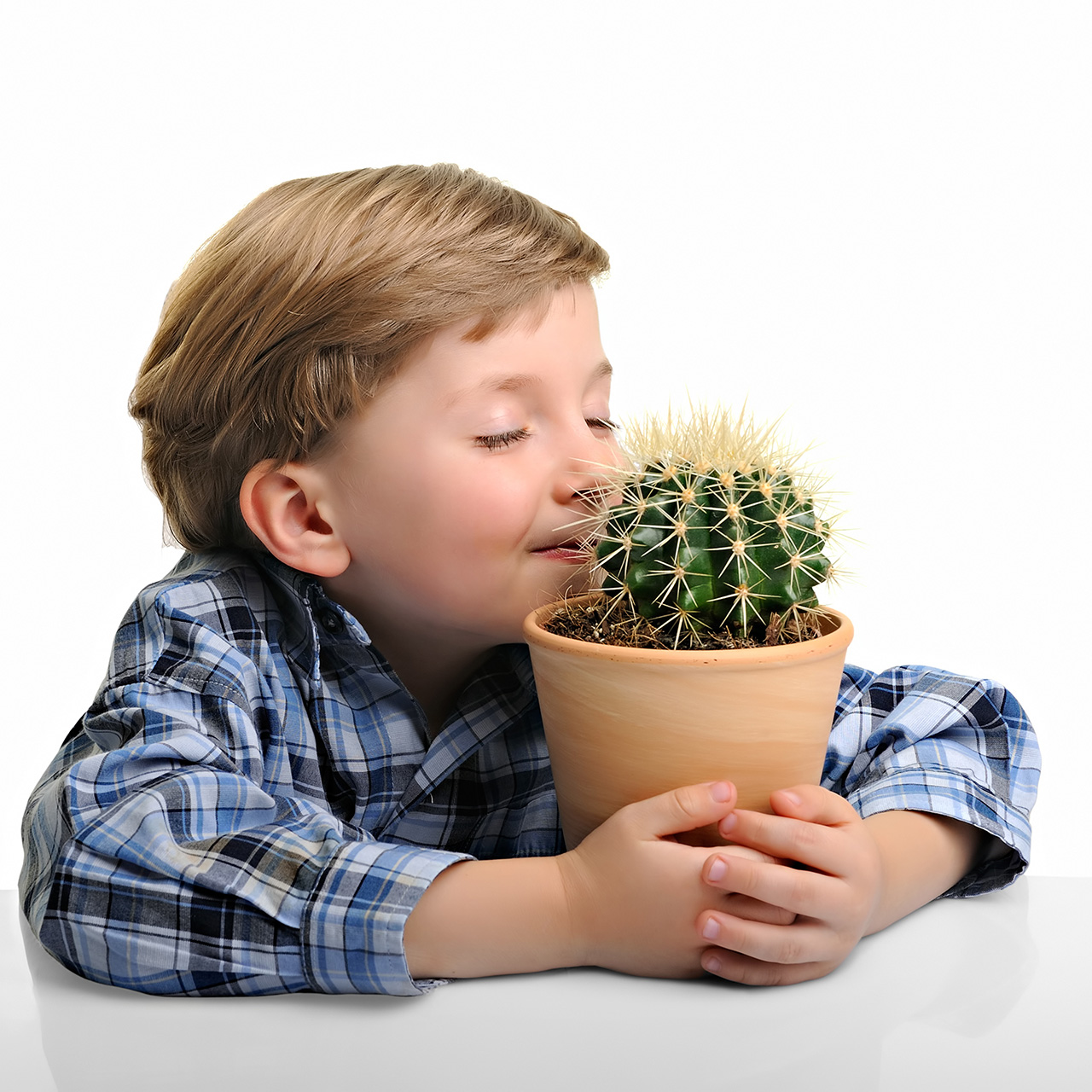 While reminiscing on the good old days is always fun, I look at technology differently now that I am raising kids with technology that Orson Welles and George Lucas could only imagine. The problem now for parents is that there is no playbook when it comes to raising children in the connected age that we now live in.

Sure our parents generation can offer some advice, but when it comes to something like Facebook or screen time, their opinion is not something rooted in their past experiences, but rather an opinion.

A few weeks ago, I sat in a talk from Lance Spitzner of the SANS Institute. During his chat, he harped upon one of the biggest challenges with today’s parenting and the way that we typically think about security by stating that with parenting; we’re protecting emotions and not data. For regular readers of this blog, you know that we’re all about privacy and protecting data, but for any parent, we all know that emotions can sometimes skew how we interact (or overreact) when it comes to raising our kids.

Spitzner also outlined that there are three major threats to kids growing up in today’s world. 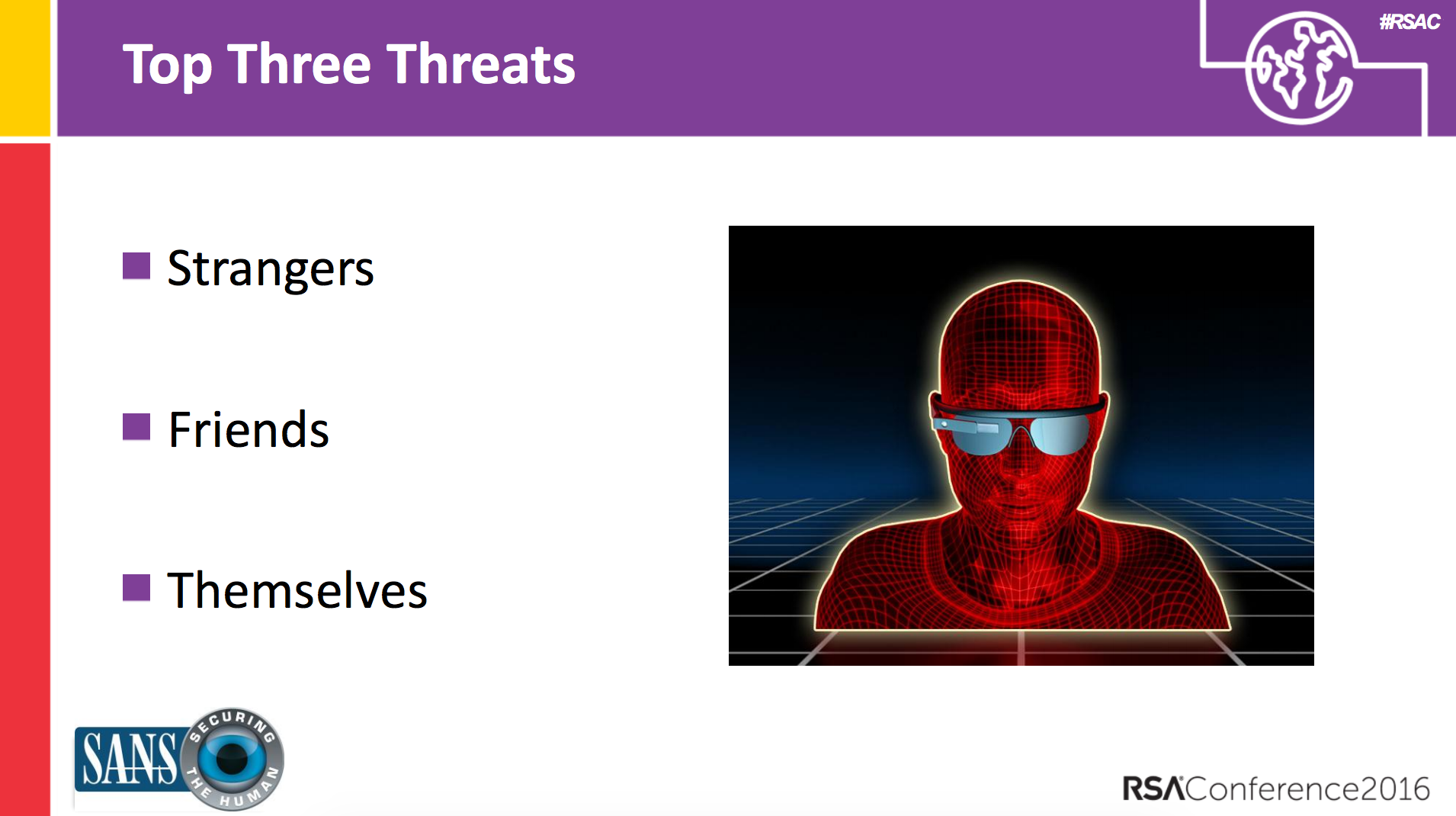 So what can I do?

Perhaps the more interesting takeaway from the talk that was kind of surprising in regards to what parents can do something that our parents did with us and their parents did before hand — Communicate.

Now by communications, I don’t mean sending a Tweet to your kid or posting to their Facebook wall. Instead, I mean talk. Put the phone down and make them do the same. I know, it can be quite difficult for both of you, but it’s worth it.

By actually talking and serving as a mentor, you can teach your kids as to what is socially acceptable to do and what is not. You should also make your kids feel comfortable coming to you on those instances where they frankly were a kid, messed up and did something wrong.

Chances are that you did something you shouldn’t have on the web either in your youth or recently NapsterPirate Bay so if you think logically, your kids may do the same. If you are seen as a resource, your kids will feel OK coming to you if they get close to or maybe crossed that line when it comes to things like cyberbullying and look to do the right things.

Have the talk regularly. Now this is not the birds and the bees chat that all parents dread and hope to only do once. You should talk to your kids regularly about technology, even if it means you playing dumb and asking them to help you set up a Snapchat, Tumblr or Facebook account.

By showing your kids that you trust them as teachers, the more it builds up that mutual trust. You can also educate them to things that you are hearing or seeing on this blog or Threatpost in regards to cyberthreats or security breaches.

Set boundaries. When you are having these discussions with your kids, make sure that they know what is acceptable and what is not. Also make them aware of the consequences of going somewhere that they shouldn’t or using tech when they shouldn’t be.

Use the resources that are there for you. As mentioned earlier, we are all going through this parenting in the digital age thing together. We’re all learning as we go and making mistakes along the way. Why not use the resources provided by some companies or organisations that can help us along the way? Also remember that not everyone has the same parenting style and that is OK — pick and choose what is right for you and your family.

If a situation ever seems like it is going out of control, especially with cyberbullying or pedophiles, remember that the local law enforcement is your friend and can help.

Overall you’ll get through this, just like our parents did before us. Sure the playing field has changed, but all parents worry. We want the best for our kids. There are also technologies out there like Kaspersky Safe Kids that allow parents to help serve as a secondary level of protection from unwanted creeps, dirty content or to even find a lost or stolen phone.

What happens when real cyber experts head to TV to stop cybercrime?